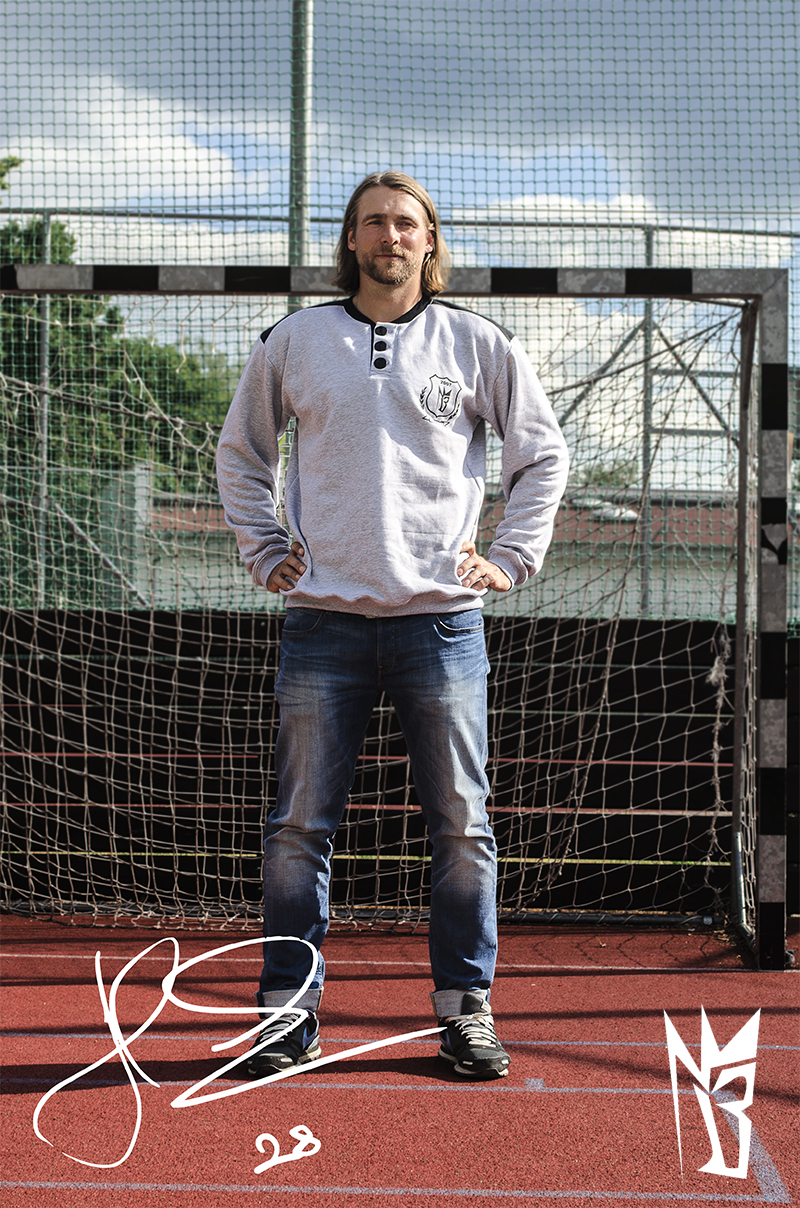 Pavel Horák began his career by playing for his hometown’s club HC Přerov. Later on, he joined the successful Baník Karviná which marked his debut in the Czech 1st league. The team won 5 times with Horák on board and gained the Czech cup in years 2001 and 2002. In 2006, Horák played for the 2nd league German team Ahlener SG for one season. He became a member of the Auf Göppingen team the following year and helped them out to win the EHC Cup in 2011 and 2012.

„I felt great wearing a Barrsa hoodie. It is perfect for both sport and relaxing. I hope that Barrsa will stay loyal to its statement quality and originality and I keep my fingers crossed for it. I can highly recommend the brand!“